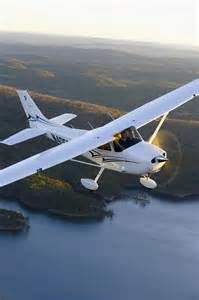 The recent US Sport Expo brought hundreds of aviation enthusiasts out to be immersed in wall-to-wall aviation activity. Thus, as you might expect, there has been increased interest in learning how to fly. One of the most enjoyable moments of the Expo for me was meeting with all the high school STEM students. Many expressed an interest in the EAA Young Eagles program and plan on taking their first introductory flight next month on March 11th. Currently EAA Chapter 1240 has four young adults involved in flight training and is about to involve more youth in an exciting new project building an aircraft with astronaut Story Musgrave.

Flight training and the building of an aircraft may evoke the question; “will it be hard”, or “I could never do that”. Sometimes we talk ourselves out of something even before we try. Don’t fall into that trap.

Some years ago, when my 35-year-old son was a young lad of 8 years old, we went for a Saturday morning flight in the Cessna 152 I owned at the time. The two-place plane was a dream to fly and I enjoyed taking Mike for flights and seeing our town from a perspective only eagles had.

The normal procedure was to take a booster seat for him to help him see over the instrument panel and out the window. For some reason this day, the booster set was in another vehicle back home miles away from the airport. The flight would not be cancelled and we would press on.

As we were flying Mike asked over the intercom if he could fly the plane. We had done this before and I loved to see the thrill in his eyes as he took control. Today was different as he could hardly see over the instrument panel and could not see the horizon, since he sat so low in the seat. It is hard to keep a plane straight and level if you cannot see the horizon out the front windshield.
So, I showed him where the artificial horizon was on the panel and how the little airplane silhouette indicated if we were level, climbing, or descending. He nodded and said “I got it Dad”.

I told him we were going do something: “Make a complete circle and come out in the same direction we were going now”. I showed him the gyro-compass and the indication of “W” which meant West or 270 degrees.

As I gave him the controls, I asked him to watch the artificial horizon and put the plane in a shallow left turn and keep turning until we came back to the big “W”. Now here is the deal for you non-pilots: as a plane banks or turns right or left, the wings are still lifting as it would in straight and level flight, but now it is not flying level because gravity is pulling the plane down. Solution? Pull back on the control yoke as you are in the turn to keep the plane at the same altitude. The longer you are in the turn, the more back pressure you need to apply to the yoke.

This is a standard flight training maneuver for pilots and they are often asked to demonstrate it when they take their bi-annual review check ride. Doing a full circle and coming out on the same heading, a new pilot would be lucky to keep it within 200 feet of the original altitude at the beginning of the turn.

So here is little 8-year-old Mike, using only the instruments making his turn. My hands are entirely off and the only thing I am doing is saying to him is “Keep pulling back”. He can’t see over the panel to the front and barely out the window. His eyes are glued on the artificial horizon and the gyro-compass.

He keeps the plane in an even turn and comes out dead center on the original heading and doesn’t lose 50’ of altitude! He levels out and says to me “Did I do good Dad?” I was speechless for a moment or two. This kid just nailed it and only used the instruments! “Yes Mike, you did really good!

I share this with many folks when I am leading a training session on some new task or process that for some reason the audience feels is difficult and a challenge to accomplish.

Mike didn’t know this was a difficult maneuver that many struggle to master. He did just what he was told to do and was coached through the process. He did it on his own.
How many times in life do we make the judgement that something will be hard to do even before we try it? We defeat ourselves before we start. The next time you start something you feel may be a challenge, have confidence, follow the instructions, and trust the process. The hurdle you may need to overcome might just be your own attitude. Just keep pulling back on the yoke!

Come out and join us every second saturday of the month, 8 to 11:00 AM, at the EAA 1240 hangar, through gate 24 at the Sebring airport, for a fantastic pancake breakfast and find out more how you can be involved. There is something for everyone, come and join the fun. So what are you waiting for?