Come join us as Mr. Floatplane, J. Jordan Frey, tells the story of how Floatplanes came to be and how EDO Corp developed the floats that dominated the heyday of private aviation in the USA and around the world. 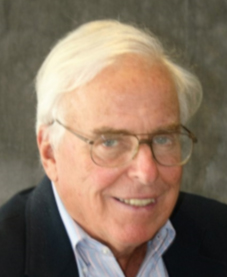 EAA Heartland Chapter 1240 is honored to announce that J.J Frey, a pioneer in the aviation float industry, will be our featured speaker at this year’s annual fundraising dinner. The author of How To Fly Floats, J.J. Frey is retired from EDO Corporation where he was Vice President of the Seaplane Operation. He had been with the company’s Float Operation for over 35 years. Mr. Frey has been a licensed private pilot since 1964, and has flown extensively throughout Canada and the United States, including Alaska. With flight time of almost 5,000 hours, he holds an instrument rating, as well as ratings for SEL (Single Engine Land), MEL (Multi-Engine Land), SES (Single Engine Sea), MES (Multi-Engine Sea). In 1985 the FAA awarded Mr. Frey its Distinguished Service Award, recognizing his expertise and untiring support of aviation safety. In 1997 he was also given by the FAA an Award of Extraordinary Service, for his exceptional support in fostering safety as an aviation safety counselor for the Albany District office. J.J. is an Aviation Safety Counselor for the FAA, as well as a Board Member for the Seaplane Pilots Association.

Tickets to the fundraising event are available for $50.00 and include dinner and a presentation by our featured speaker as well as updates on EAA Heartland Chapter 1240 and our aviation education programs for young people.

Sponsor an entire table of 8 for the evening of the event.